On June 22, 2017, an International scientific and practical conference was held»Tadeusz Kosciuszko in the discourse of the 200-year-old Memory Space". The organizers were the State Scientific Institution " Center for Research of Belarusian Culture, Language and Literature of the National Academy of Sciences of Belarus” and the Polish Institute in Minsk.

The event was held within the framework of the Year of Science, which is declared in Belarus, on the occasion of the UNESCO Year of Kosciusko in connection with the two-hundredth anniversary of the death of the hero. The purpose of the conference was a scientific understanding of the figure of T. Kosciusko in the memory, history and culture of different peoples, primarily Belarusian, Polish, Lithuanian, and American. Among the main aspects of the conference were the following:

- the life and work of Tadeusz Kosciuszko;

- historical figure of Tadeusz Kosciuszko in the culture of different peoples;

- museum of the heritage of Tadeusz Kosciuszko and related memorials.

The conference was attended by 23 people. Among them are the heads of the organizing institutions (A. Lokotko and M. Adamsky), as well as the heads of public organizations in Belarus and Poland (L. Nesterchuk and L. Kshesnyak). Historians, cultural experts, art critics, literary critics, museum experts, local historians of Belarus and Poland made reports. 22 reports were presented, 4 of them by Polish researchers.

The high scientific status of the forum was ensured by the fact that, with rare exceptions, the speakers had the academic degrees of candidates and doctors of Science. The information aroused mutual interest and fruitful discussions. When summing up the results, the importance of the event was noted, its importance in perpetuating the memory of T. Kosciuszko and for strengthening the Belarusian-Polish friendship. It is planned to publish a collection of materials discussed at the conference. 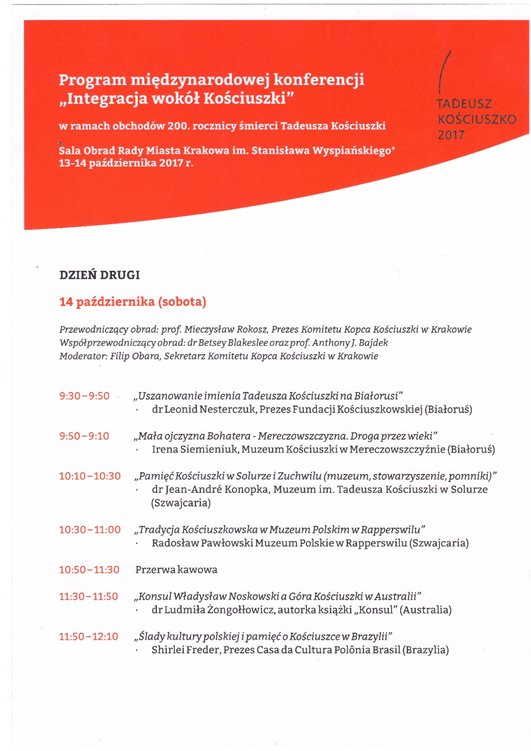 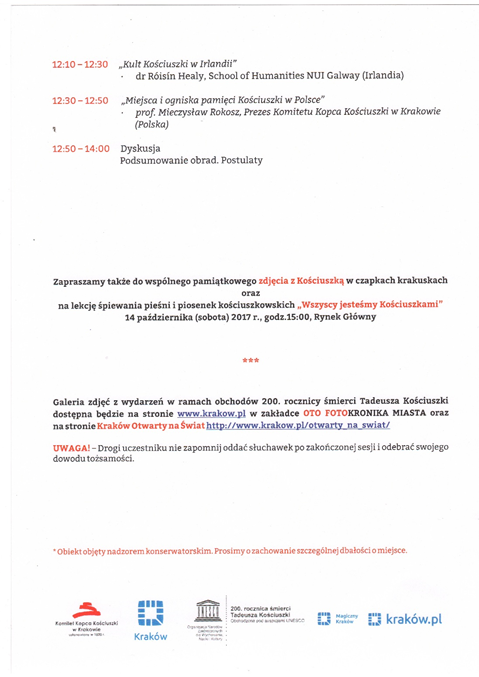